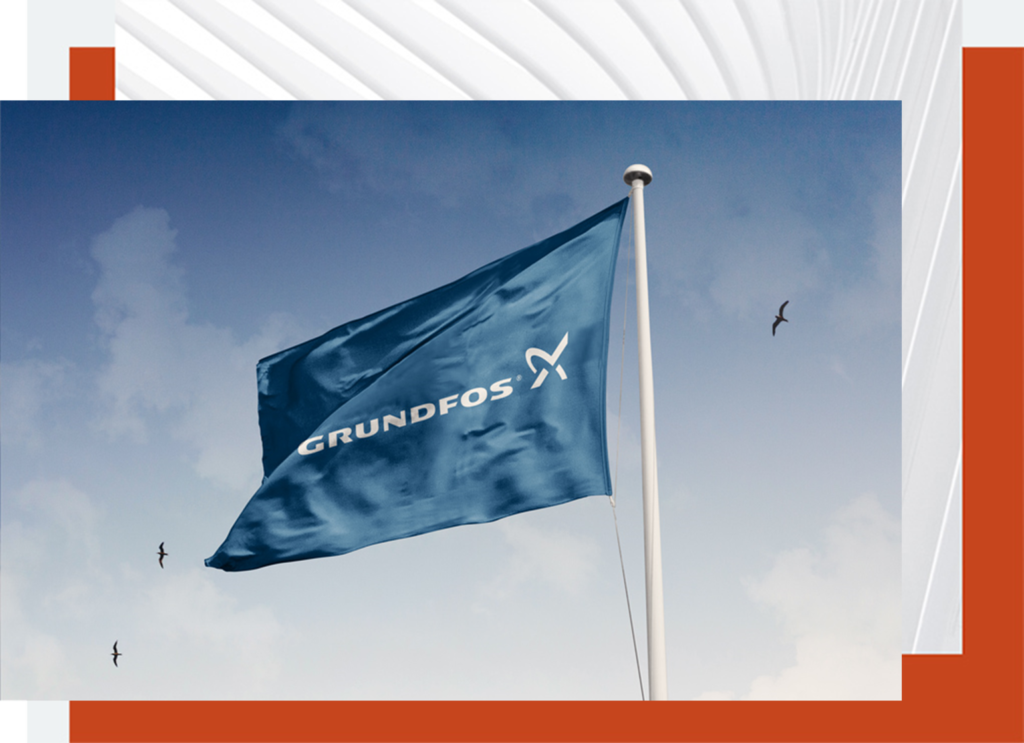 At Grundfos, they have a good grip of their strategy of being pioneers, who create solutions to the world’s water and climate challenges and improve people’s quality of life.

To keep pace with a developing world, Grundfos and Lasse Mikkelsen, sales director at Grundfos Denmark, chose to start development of sales to take it to the next level.

Many of our salespeople have been here for many years, and naturally there are many fixed habits. Therefore, we were not looking for a quick fix, but for a partner with whom we could move the results over time”.

As a well-branded company, Grundfos is attractive as a partner and supplier, but according to Lasse Mikkelsen, this also means that you can quickly tend to be reactive in your sales work. Therefore, they took the initiative to develop sales management and salespeople based on a principle of due diligence.

”As sales leaders we must be valuable to our salespeople by sparring with them and leading them in the right direction. We have pretty good control of our strategy, but we have not had much focus on sharpening our playing style in sales”, Lasse says.

Choice of approach and tactics

Sales are not always just sales. There is a wealth of well-known sales methods – in fact more than 200.

You can compare them with playing tactics in football: Some teams play very ball-possessing, while others concentrate on counterattacks, and yet others play with high pressure all over the field, etc. Football coaches are very conscious about the choice of playing style, for example based on a philosophy of how they want to play. Other coaches adapt the approach to the opponent they face, and finally there are those who choose their style of play based on the player material at their disposal.

It is the same in sales. Different methods suit different sales situations. Therefore, an important part of the process was to become clear on which sales approaches would best suit Grundfos’ customers’ ways of buying, and to identify the approach most effective for Grundfos’ sales.

We looked into the different types of sales and when to bring them into play to create the greatest effect. It became clear where and how we needed to develop, depending on the style of play and the people we are”.

All with the purpose of changing the way sales are done from being a question of doing more to doing what has the greatest impact.

Based on the choice of playing style – and through training in simple tools – a better connection was created between the most effective ways to approach sales and the way sales is done.

“Everyone trains differently based on the situation they are in. It is very specific and related to us and we can see ourselves in it,” says Lasse.

Salespeople have been trained in short sessions with new inspiration, hands-on training and dialogue on how to translate new knowledge into new sales behavior and new habits based on the most present challenges and opportunities.

“We have not followed a fixed training program but designed it along the way. This has been a clear advantage for us. For example, during the Covid19 crisis focus was on becoming sharper on virtual sales,” Lasse says.

Throughout the process Intenz has been sparring with the sales directors every other month. According to Lasse, they received sparring that could be used both directly in their current sales work and to shape future sales.

One of the key words in the sparring has been trust.

” We have created a trust so that everything can be discussed, and we have received competent sparring. For example, we have been very driven by our KPIs, but have become better at focusing on what really moves the results in our sales management,” says Lasse.

According to Lasse, the sparring has also helped them become more aware of whether they are on the right track in the longer run.

Lasse points out that the collaboration has: