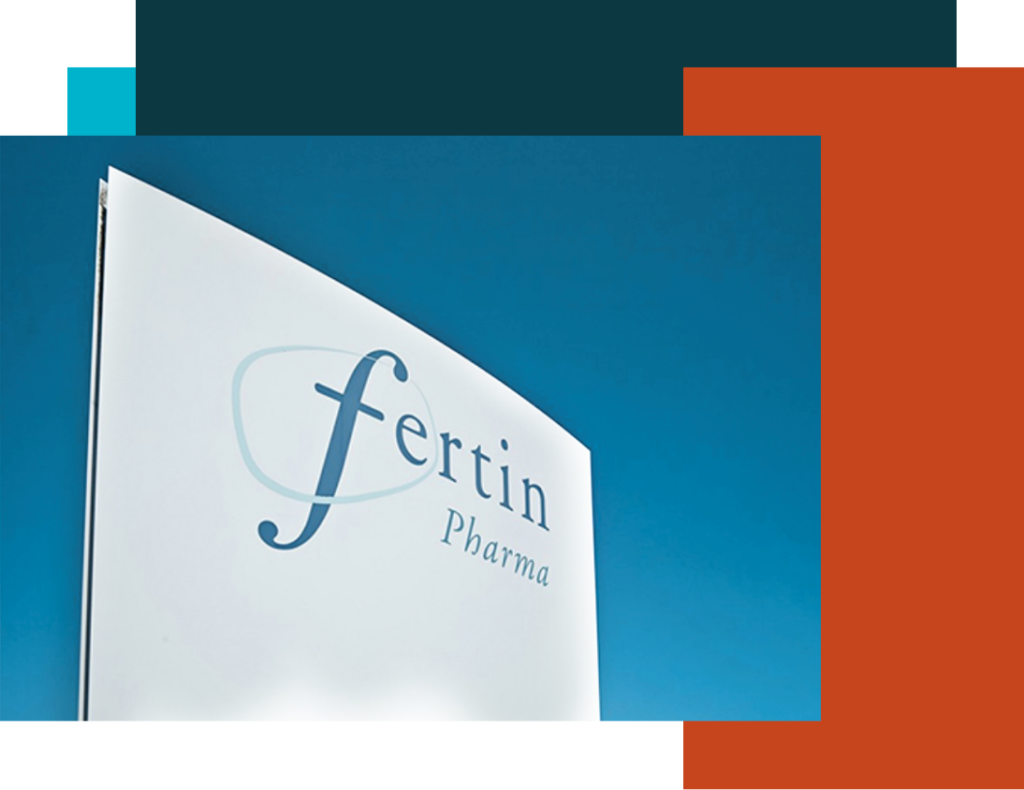 With Intenz’ very concrete and useful tools, we as leaders and organization have gained a common language. People quickly caught on to being on either green or black track – that there may be colleagues who withdraw energy from the community by complaining. Now we had a legitimate tool to address it. It’s easier to ask a colleague to get back on green track than to tell them he’s negative.”

For Søren Birn (CEO), cultural development has long been on the agenda for a long time, with the desire to create a strong commercial culture where leaders demonstrate drive and responsibility.

The company has roots in confectionery but is today the world’s leading manufacturer of oral products to support healthier living e.g. nicotine products for smoking cessation with large international pharmaceutical companies on the customer list. A development that places much higher demands on control, quality assurance and customer service.

Fertin’s roots in traditional production of chewing gum – from the Dandy days in Vejle – were inconsistent with the high demands of a pharma company of today in terms of documentation,  hygiene etc. So, in a lot of areas, there was a need for a change in behavior – a new culture.

The first culture survey involved all the company’s approximately 500 employees. Throughout the following year, the survey was followed up by actions at all management levels. Together they reviewed the results, prioritized areas for action and prepared action plans. The focus was particularly on sharpening management skills as well as on the leaders’ ability to transmit our mission, vision, and values.

“The survey showed that the organization was not self-satisfied. On the contrary, it was about a lack of commercial sense. Today, we have therefore set up our performance management system so that a third of our significant KPIs are related to customer satisfaction – because if people are measured on something, they are also aware of it,” says Søren Birn.

Søren Birns wanted the managers to be trained in simple tools such as communication, feedback, and exchange of experience. Among other things, this contributed to adjustments being made in the different teams based on the culture survey result.

The tools have given the organization a common language. People quickly caught on to being on either green or black track – that there may be colleagues who withdraw energy from the community by complaining. Now we had a legitimate tool to address it. It’s easier to ask a colleague to get back on the green track than to tell them that he’s negative,” Søren Birn says.

The managers’ greatest learning was, among other things, to create drive and a sense of responsibility at all levels. Today, few but very effective tools are a natural part of managers’ daily lives – for example, we work to expand our control circle and reduce focus on conditions. Because as a manager and a mid-level manager, you have both a mandate and a duty to act.”

11/2 years later, the culture survey was repeated to see the development and result of the most important efforts – and it was obvious.
“Even though we had been busy, we were able to see a good progress – among other things in the ability to live up to the company’s values and in the understanding of vision and mission. There was also progress in production. Here, the employees’ own initiatives had contributed to reduced outage time and reduced waste – a responsibility we have been short of,” says Søren Birn, who at the same time could see that there is still room for improvement.

“We continue to lag on some of the business elements of the survey. However, it hasn’t given occasion for strategic changes, but put things into a larger context. For example, we have been affirmed in the value of our story that we contribute to saving lives. It is a source of positive energy that one becomes blind to in daily life. So pride has grown measurably along with the commercial mindset, as has the likelihood that employees will recommend us as a good workplace. And we are very pleased with that”, says Søren Birn.

The process gave a common direction

The whole process was carried out by Intenz conducting a Culture Survey. Based on the results, the subsequent involvement of the organization was planned.

This meant that Intenz facilitated training workshops for leaders, where everybody gained a common understanding of why culture is of crucial importance to the bottom line and how culture can be a powerful management tool. At the same time, the leader was given important tools to create common language, understanding and motivation, as well as direction in their management work.

All employees were invited to a large joint culture day facilitated by Intenz, where mission, vision and values were relaunched in “new clothes”. The pharma culture was put into words, and everyone shook hands on the common future on green track.

After this, Intenz maintained the training of the leaders, so that tools and the concept of culture became strongly rooted in everyday life.

In order to track developments and ensure focus and commitment from leaders, the culture survey was repeated after 1½ years of work throughout the organization, and new priorities and action plans were agreed upon.

We develop and manufacture innovative oral and intra-oral delivery systems that enhance the efficacy of your active and functional ingredients – without compromising on taste-masking, texture and the consumer experience.

With more than 800 employees across our R&D centers and manufacturing facilities in Canada, Denmark and India, we produce approximately 3 billion units a year, used by consumers all over the world. Fertin was acquired by Philip Morris International on July 1, 2021.